In the first place, you have to give it to Sir Paul McCartney, he is such a sport. Not only did he show us all around his home town of Liverpool but he performed for us. This was both in the car where Paul McCartney sings karaoke, then in a pub he used to play in. Obviously that was in his younger days with the Beatles. In short, watch the video at the bottom of the page.

Honestly, can you imagine sitting in a pub when Paul McCartney turns up unannounced. That would be so unreal. But you would welcome it like they did in Liverpool. Be that as it may, Paul McCartney sings karaoke in a car with James Corden and the video is now viral. 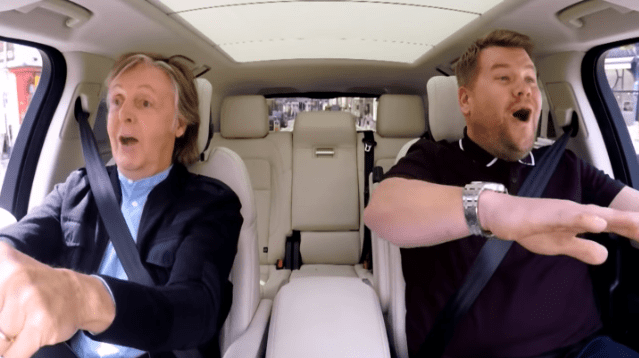 Sir Paul McCartney is such a sport singing karaoke

So for those who have yet to see the video, here it is. This video will bring in a new generation of supporters for both him and karaoke, so hats off to that.

This website uses cookies to improve your experience while you navigate through the website. Out of these cookies, the cookies that are categorized as necessary are stored on your browser as they are essential for the working of basic functionalities of the website. We also use third-party cookies that help us analyze and understand how you use this website. These cookies will be stored in your browser only with your consent. You also have the option to opt-out of these cookies. But opting out of some of these cookies may have an effect on your browsing experience.
Necessary Always Enabled
Necessary cookies are absolutely essential for the website to function properly. This category only includes cookies that ensures basic functionalities and security features of the website. These cookies do not store any personal information.
Non-necessary
Any cookies that may not be particularly necessary for the website to function and is used specifically to collect user personal data via analytics, ads, other embedded contents are termed as non-necessary cookies. It is mandatory to procure user consent prior to running these cookies on your website.
SAVE & ACCEPT